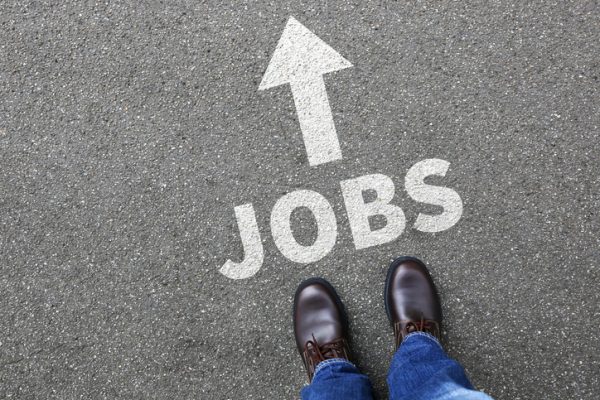 A coalition of CEOs and companies across industries, including some major names in the healthcare space, are forming an organization that will work to coach, hire and promote 1 million Black Americans over the next 10 years. The 37 CEOs and entities launching the organization, called OneTen, include Intermountain Healthcare, Cleveland Clinic and Humana.

Unemployment and income instability, which disproportionately affect people of color, are some of the key social factors that can have a detrimental effect on an individual’s health.

“Research has shown that unemployment or under-employment can negatively impact health in a variety of ways, including lack of health insurance, dangerous working conditions and stress, to name a few,” said Dr. Kelly Hancock, Cleveland Clinic’s chief caregiver officer in an email.

One study published in 2019 found that “single transitions into unemployment and persistent unemployment are associated with poor mental and general health.”

Amid the Covid-19 pandemic, the employment gap between Black and White Americans has worsened. A higher percentage of white workers were called back to work each month during the pandemic, as compared to Black workers, research from Rand Corp. shows. The unemployment rate among Black Americans was nearly twice that of white Americans in November, according to data from the Bureau of Labor Statistics.

OneTen “is a coalition of leaders across industries who are committed to ensuring that Black Americans with the skills and aptitude to earn success also have the opportunity to achieve success,” the press release states. The organization will work with employers, education partners and nonprofits to design educational and employment solutions.

“The companies that form OneTen are working towards a goal of 250 to 500 Black American talent being hired or promoted every year,” Maria Hughes, chief inclusion and diversity officer at Humana said in an email.

The companies— which include Medtronic, Eli Lilly, Walmart and IBM — have also committed to hiring or promoting Black Americans without four-year degrees, the press release states.

Humana is committing seed funding to start OneTen operations as well as capital to support the expansion of existing upskilling programs.

The healthcare industry can provide a wide array of stable opportunities for individuals who need jobs and “we’re always looking to hire in healthcare,” Heather Brace, senior vice president and chief people officer at Intermountain Healthcare said via email.

Intermountain plans to work with its recruiting and human resources teams to implement best practices as outlined by OneTen. Ensuring its caregiver population looks more like the communities it serves will help the health system better meet the needs of its patients, according to Brace.

“Joining OneTen gives Intermountain a place to contribute, share and learn best practices from other top-tier companies about how to influence and impact diversity, equity and inclusion, starting with Black Americans,” she said.

Similarly, for Cleveland Clinic, which is the largest employer in Ohio, joining the coalition serves as an opportunity to further support the health of the communities it serves, Hancock said.

“Our partnership and participation in this coalition is an extension of Cleveland Clinic’s commitment to the lives of our current and future caregivers and the communities that count on us,” she added. “Stable, well-paying jobs support families and bring opportunity and prosperity to the areas we serve.”