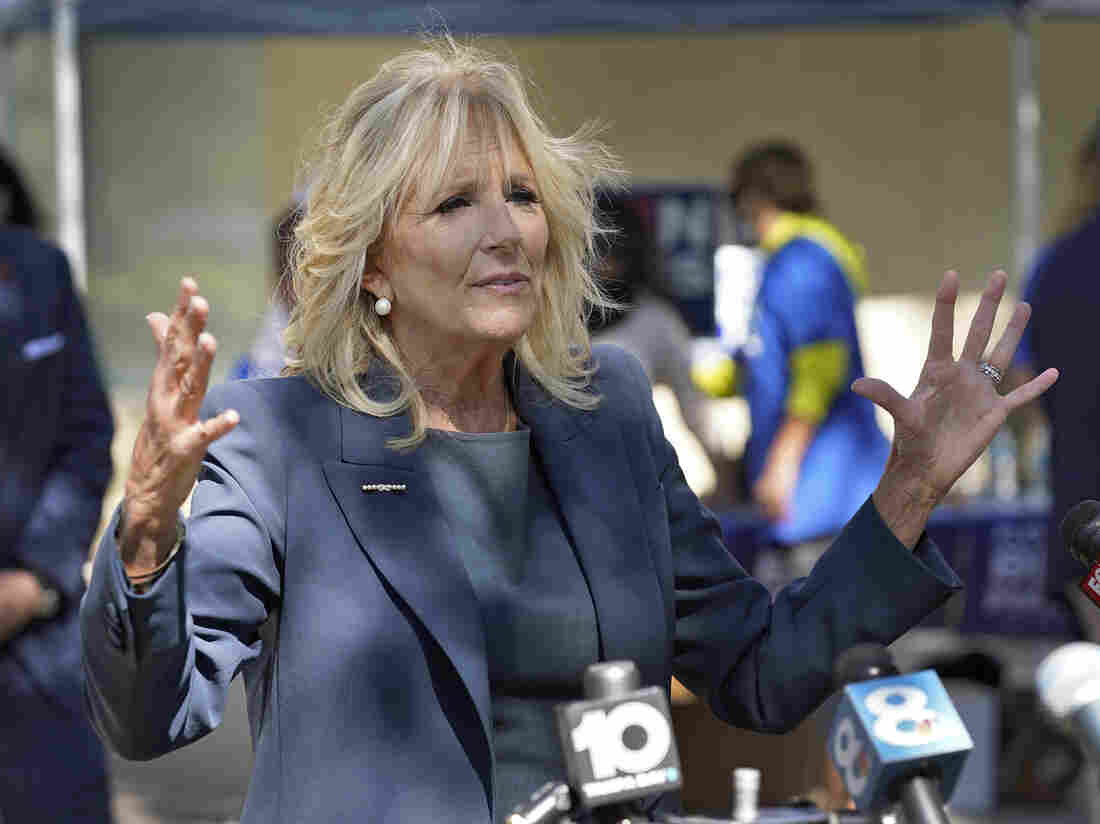 Jill Biden, shown on the campaign trail in Nov. 2020, holds two master’s degrees and a doctorate in education. An op-ed published in The Wall Street Journal asking her to stop using the title “Dr.” has prompted widespread backlash. 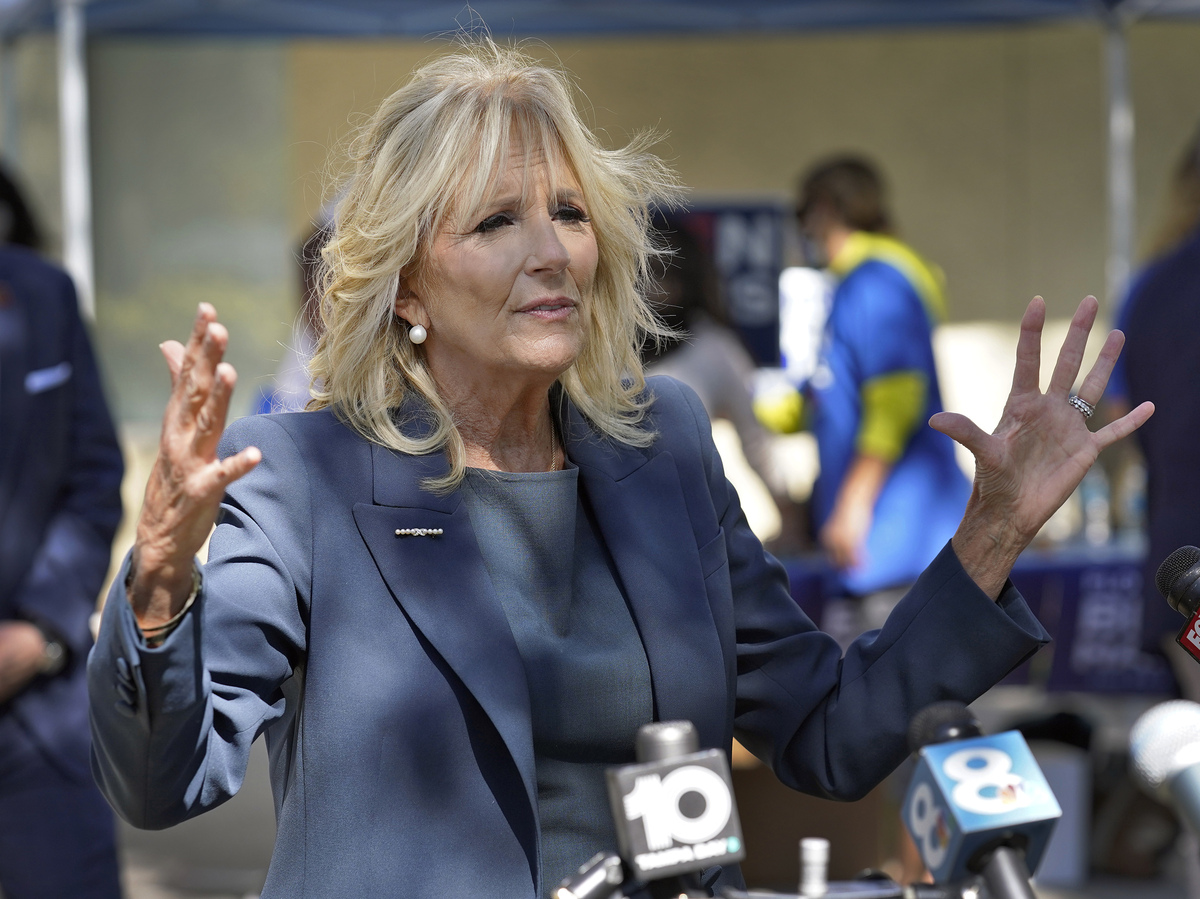 Jill Biden, shown on the campaign trail in Nov. 2020, holds two master’s degrees and a doctorate in education. An op-ed published in The Wall Street Journal asking her to stop using the title “Dr.” has prompted widespread backlash.

An opinion column in The Wall Street Journal came under fire over the weekend for asking educator and incoming first lady Jill Biden — who holds two master’s degrees and a doctorate in education — to stop using the title “Dr.”

In the op-ed published Friday evening, writer and former editor of The American Scholar magazine Joseph Epstein urged Biden to drop the title, a message that public figures and women in academia panned on Twitter as misogynistic both in substance and tone.

“Madame First Lady — Mrs. Biden — Jill — kiddo,” begins the piece. “Any chance you might drop the ‘Dr.’ before your name? ‘Dr. Jill Biden’ sounds and feels fraudulent, not to say a touch comic.”

Biden earned her doctorate from the University of Delaware in 2007. Biden’s Obama White House biography describes the dissertation as focusing on “maximizing student retention in community colleges.” Epstein disparaged the title of that dissertation as “unpromising.”

“A wise man once said that no one should call himself ‘Dr.’ unless he has delivered a child,” he continued. “Think about it, Dr. Jill, and forthwith drop the doc.”

Epstein went on to argue that the prestige of Ph.D.s and honorary degrees has been diminished by political correctness and the relaxation of academic standards, before urging Biden to “forget the small thrill of being Dr. Jill, and settle for the larger thrill of living for the next four years in the best public housing in the world as First Lady Jill Biden.”

The backlash was swift.

Northwestern University, where Epstein wrote that he had taught for 30 years, issued a statement saying it “strongly disagrees with Mr. Epstein’s misogynistic views” and noting he has not been a lecturer there since 2003. The university’s English department said in a separate statement that it rejects the opinion piece “as well as the diminishment of anyone’s duly-earned degrees in any field, from any university.”

Biden’s spokesperson called the piece a “disgusting and sexist attack” in a tweet that addressed Wall Street Journal editors directly, adding, “If you had any respect for women at all you would remove this repugnant display of chauvinism from your paper and apologize to her.”

The Wall Street Journal has not responded to NPR’s request for comment.

“What patronizing, sexist, elitist drivel,” tweeted Kate Bedingfield, the president-elect’s communications director. “Dr. B earned a doctorate in education, so we call her Doctor. The title Mr. Epstein has earned here is perhaps not fit for mixed company.”

Other voices from the Democratic Party weighed in on Twitter, expressing support for Biden and slamming the op-ed as misogynistic.

“The author could’ve used fewer words to just say “ya know in my day we didn’t have to respect women,” Chasten Buttigieg, husband of Democratic presidential candidate Pete Buttigieg, wrote in a tweet that has since garnered more than 87,000 likes.

Dr. Biden earned her degrees through hard work and pure grit. She is an inspiration to me, to her students, and to Americans across this country. This story would never have been written about a man. pic.twitter.com/mverJiOsxC

Douglas Emhoff, husband of Vice President-elect Kamala Harris, praised Biden’s “hard work and pure grit” in a tweet on Saturday, adding, “This story would have never been written about a man.”

Other prominent voices shot down the idea that the title “Dr.” should only apply to medical doctors.

The Merriam-Webster dictionary noted in a tweet Saturday that the word “doctor” comes from the Latin word for “teacher,” which the dictionary said first described theologians.

Bernice King, minister and daughter of civil rights activist Martin Luther King Jr., reminded Biden in a tweet that her father was a nonmedical doctor.

“And his work benefited humanity greatly,” King wrote. “Yours does, too.”

Epstein’s article struck a particular chord among women in academia, who took to Twitter with their own searing criticisms and messages of empowerment.

Are you a woman with a doctorate? No matter your discipline, drop a picture here to show that we are here, we exist, and we won’t drop our title for any mediocre man’s comfort.

Scores of women with doctorate degrees added “Dr.” to their Twitter names in an act of solidarity. Many did so alongside the hashtag #mytitleisdr, encouraged by academics including archaeologist Sarah Parcak.

Added ‘Dr’ to my profile, wearing my doctorate with pride. So #JosephEpstein and other bitter misogynists can crawl back to the 1930s. Doctorates are not easy, @DrBiden should be proud of her achievements. Being First Lady doesn’t and should not mean reducing who you are! #PhDs

Biden famously taught at Northern Virginia Community College while serving as second lady from 2008 to 2016, and plans to continue teaching after President-elect Joe Biden takes office. In a 2013 interview with NPR, Biden said she did not talk about her political role in the classroom.