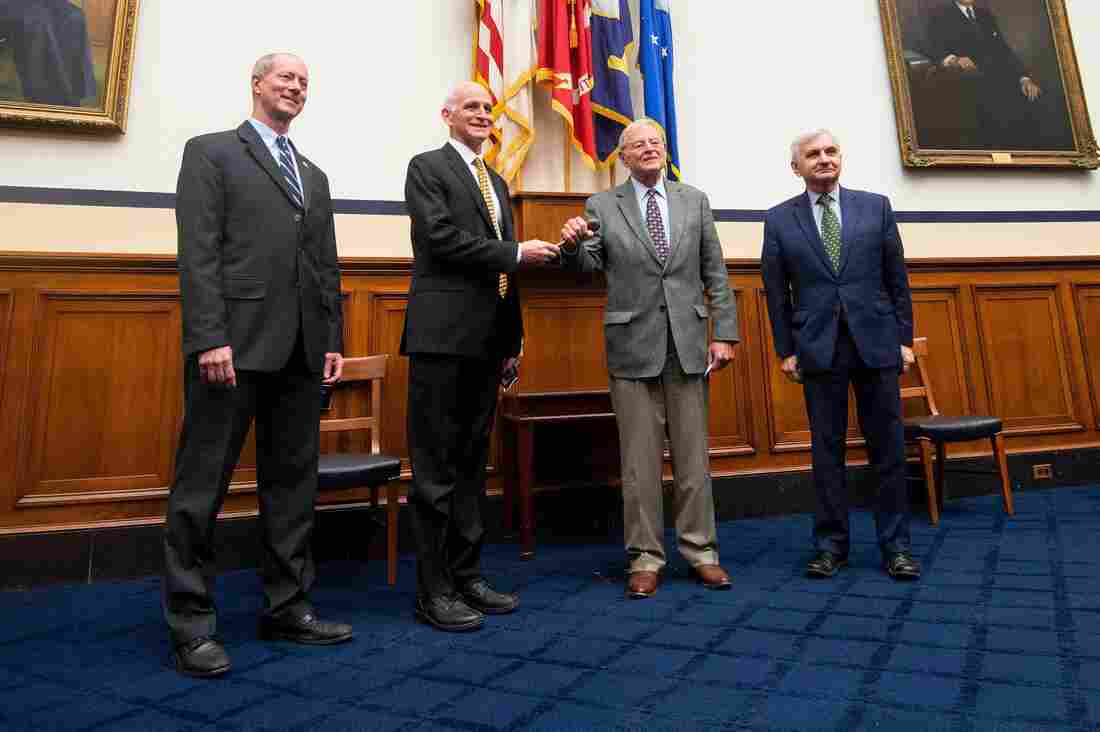 The House approved the defense bill by an overwhelming majority, despite a potential presidential veto threatening to derail the annual legislation’s enactment for the first time in 60 years.

House lawmakers passed the National Defense Authorization Act by a vote of 335 to 78. Backers had hoped the plan would win by a supermajority in the House support to send a message to President Trump to not veto the plan as he has repeatedly threatened.

It also signals the House could have the votes to override the move should Trump follow through with his veto threats, if lawmakers don’t change their positions. Sponsors of the bill had urged a strong bipartisan vote under the cloud of Trump’s threats, and as members of the conservative House Freedom Caucus fell in line with his demands.

“If the six-decade legacy of having this bill signed… into law ends with us after 59 years, then I’m afraid that process of having hundreds of members contribute would end as well,” said Texas Rep. Mac Thornberry, the House Armed Services committee’s top ranking Republican, for whom this year’s legislation is named.

The Texas Republican, who is retiring, added on the floor as some of his GOP colleagues announced they would not get cross wise with the president, “A very strong vote will help prevent that. The stronger the vote, the smoother the process from here on out.” He added, “a strong vote will show the troops that we support them. A strong vote will show adversaries that we can stand together to support this nation. And that is what this bill is really all about.”

The legislation now heads to the Senate, where it will face its final test before reaching Trump’s desk. Senate Majority Leader Mitch McConnell, R-Ky., told reporters he would vote for it.

The massive annual bill sets policy for the Pentagon and military service members — one that, because of its size and importance, passes with large bipartisan support nearly every year. It includes everything from plans on boosting troop levels and equipment to pay increases.

“And now the President has threatened to veto this legislation. I hope not. I hope not,” Pelosi said on the floor before the vote. “This bipartisan policy bill has been signed into law for 59 consecutive years. Let us urge the President to show respect for the work of the bicameral, bipartisan Congress and for the sacrifice of our military.”

I hope House Republicans will vote against the very weak National Defense Authorization Act (NDAA), which I will VETO. Must include a termination of Section 230 (for National Security purposes), preserve our National Monuments, & allow for 5G & troop reductions in foreign lands!

A week ago, the president threatened to veto the policy bill if it didn’t include a last-minute provision to end a legal protection for social media companies. But a bipartisan group of lawmakers, including key Republicans, proceeded with the legislation even though it didn’t have the provision Trump demanded.

“I hope House Republicans will vote against the very weak National Defense Authorization Act (NDAA), which I will VETO,” Trump tweeted.

Trump had wanted lawmakers to repeal Section 230 of the 1996 Communications Decency Act over his ongoing feud with social media companies. Section 230 provides the legal protection for technology companies over content from third parties and users.

“There is no choice here where you can do both, so please make the right choice,” Washington State Democratic Rep. Adam Smith, the chairman of the House Armed Services Committee, pleaded on the House floor. “Please recognize all of the incredibly important bicameral, bi-policy provisions that are contained in this bill. This is one thing, this is one thing, in a very tumultuous time that we ought to be able to agree on.”

Earlier this year, when initial versions of the legislation was passed in both chambers, it drew broad support. It passed the House by a vote of 295 to 125, while the Senate approved it by 86 to 14.

Despite these efforts, a bloc of members of the House Freedom Caucus urged a vote against the measure, a reversal for Republicans traditionally on board for the annual defense legislation.

Arizona GOP Rep. Andy Biggs, chair of the group, said while they have traditionally supported the defense bill in the past, Trump’s concerns are among several for the group now.

“This particular NDAA bill, however, is filled with flaws and problems. And the president has indicated he would veto this bill and there are reasons why,” Biggs told reporters.

But despite Tuesday’s passage, there’s no guarantee Congress can override the move if there is a veto. For example, House Minority Leader Kevin McCarthy told reporters while he would vote for the bill on Tuesday, he won’t vote to override a Trump veto later.

“I don’t believe Republicans, in our work with the president always, that you vote to override a veto,” McCarthy said.

The move pits top House Republican leaders on opposing sides of the debate. On Monday, Wyoming GOP Rep. Liz Cheney told a Capitol Hill pool reporter that the House should fend off the veto attempt.

“We’ve got to pass the NDAA and the president should not veto it,” said Cheney, who is the House Republican Conference Chair and a member of the Armed Services Committee. “And we should override.”

The fight over a liability shield for tech companies wasn’t Trump’s first veto threat of the bill. In June, Trump said he would reject the bill if it moved to rename military installations named for figures from the Confederacy. Trump had targeted Massachusetts Democratic Sen. Elizabeth Warren, who spearheaded the effort.

The final version of the legislation retains a provision authored Warren to create a commission to trigger such a plan.

“There’s no room for celebrating the violent bigotry of men of the Confederacy in any place of honor across our country, whether in the hallowed halls of the United States Capitol or on our military bases,” Pelosi said. “Changing the hateful names of these bases is supported by an overwhelming majority of the American people, by our active duty service men and women and by top military leaders.”