Texas, which already boats NASA’s Johnson’s Space Center in Houston and two of Elon Musk’s SpaceX facilities, is expanding its universe further with word that Musk is building a new manufacturing plant in Austin, Texas.

Musk’s aerospace company revealed the plans in a new job posting for an “Automation & Controls Engineer,” which will focus on Starlink, a global high-speed internet service made up of a constellation of satellites.

“To keep up with global demand, SpaceX is breaking ground on a new, state-of-the-art manufacturing facility in Austin, TX,” the job posting reads. “The Automation & Controls Engineer will play a key role as we strive to manufacture millions of consumer facing devices that we ship directly to customers.”

The products will include Starlink dishes, Wi-Fi routers, mounting hardware and more.

The Austin positions will be “ultimately tackling the toughest mechanical, software, and electrical challenges that come with high volume manufacturing, all while maintaining a focus on flexibility, reliability, maintainability, and ease of use.”

The job posting, first spotted by KXAN, the NBC affiliated TV station in Austin, requires that applicants agree to up to 25% travel to SpaceX’s Los Angeles-area headquarters until the Austin facility is “fully established.” SpaceX is currently headquartered in Hawthorne, California.

A SpaceX spokesperson did not immediately return FOX Business’ request for additional information on the facility or when it will be completed.

According to a filing with the Federal Communications Commission, Starlink has launched over 1,000 satellites into orbit and has over 10,000 users in the United States and abroad since its “Better Than Nothing” beta launched domestically and internationally in October.

Preorders for Starlink’s service became available in February for $99. The company’s website emphasizes that the preorders are “fully refundable,” but notes that “placing a deposit does not guarantee service.” The pre-orders will be fulfilled on a first-come, first-serve basis. For some locations entered on the website, SpaceX says coverage won’t be available until “mid to late 2021,” while other areas won’t have service available until 2022.

The full Starlink kit costs $499 and includes a mountable dish antenna, Wi-Fi router, and power supply. The service will be offered first in the U.S., Canada and the U.K. 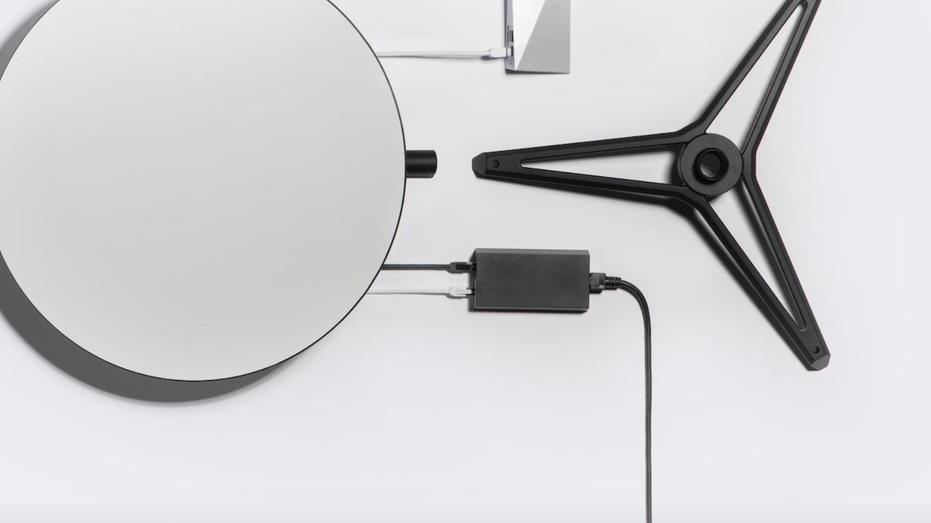 Building a new manufacturing facility is the latest example of SpaceX setting down roots in the Lone Star State, following a launch site in Boca Chica, Texas, and rocket-development facility in Hawthorne, Texas.

CEO Elon Musk confirmed his own move to Texas in December after growing increasingly frustrated with California’s COVID-19 restrictions. He also moved his private foundation, according to a December filing with the Texas Secretary of State.

Also, other Musk-owned businesses have announced or hinted at projects in Austin. Musk announced construction plans for a second Tesla factory in Austin in July and the Boring Company hinted in November that a tunnel system could be coming to Austin after posting several job openings in the area.

The move comes as Texas Gov. Greg Abbott has committed to reopening the state “100%” by next week.

“To be clear, COVID has not, like, suddenly disappeared,” Abbott cautioned during a press conference at a restaurant in Lubbock. “COVID still exists in Texas, the United States and across the globe, but it is clear from the recoveries, the vaccinations, from the reduced hospitalizations and from the safe practices Texans are using that state mandates are no longer needed.”

Abbott said the decision is supported by the recent declines in active COVID-19 cases and hospitalizations, as well as the lowest positivity rate the state has seen in months. Also, he noted that the health experts expect 7 million COVID-19 vaccines to have been distributed in the state by next Wednesday.

“Within a few months,” Abbott said, it is expected that anyone who wants to receive a shot will be able to do so.

Businesses can limit capacity or implement additional safety protocols if they choose to do so, and Abbott stressed that Texans should continue following the appropriate health guidance.

The executive order allows a county judge to implement COVID-19 mitigation strategies if hospitalizations rise above 15% of the hospital bed capacity in any region for seven consecutive days. However, no one is allowed to be jailed for not following county orders, Abbott said, nor can be penalties be imposed for failure to wear a face mask.

California Gov. Gavin Newsom quickly responded to the announcement on Tuesday, calling it “absolutely reckless” in a tweet.

Following Abbott’s announcement, Musk tweeted that he was planning to change the city of Boca Chica’s name to “Starbase”, Texas

“Creating the city of Starbase, Texas,” he said. “From thence to Mars, and hence the Stars.”

Under Texas law, the incorporation process is handled by Cameron County commissioners.

Cameron County Judge Eddie Trevino told Bloomberg that a SpaceX representative made a “casual inquiry” last week about requirements to incorporate Boca Chica, but that a formal request has not been made and the SpaceX official did not mention any potential new names.

“Sending a tweet doesn’t make it so,” Trevino reportedly told the outlet. “They have a lot of hoops and hurdles to go through before they can make it so.”

He added that SpaceX “may be getting a little ahead of themselves.”

Trevino did not immediately return FOX Business’ request for comment.

SpaceX is developing rockets in Boca Chica that are aiming to send people to the moon and Mars.

Japanese billionaire and founder of online retailer Zozo, Yusaku Maezawa, said in a video announcement on Tuesday that he will choose eight members of the public to join him on his trip around the moon, on SpaceX’s Starship rocket in 2023. His project, called dearMoon, will fly “10 to 12 people in all,” with all expenses covered by Maezawa.

SpaceX is also planning the world’s first ‘all-civilian mission to orbit Earth’, Inspiration4, which is set to take off as early as the fourth quarter of 2021 from the historic Launch Complex 39A at NASA’s Kennedy Space Center in Florida.

The Inspiration4 crew will board SpaceX’s Falcon 9 rocket and Dragon capsule for a multi-day journey, orbiting Earth every 90 minutes. The mission, which will be led by Shift4 payments founder and CEO Jared Isaacman, who will raise funds and awareness for St. Jude Children’s Research Hospital with the expedition.

In addition, SpaceX has struck space tourism partnerships with Space Adventures in 2021 and Axiom Space in 2022.

Joel Greenberg tried to get pardon from Trump through Gaetz: report – Business Insider