Two passengers and a service dog exited a flight as it was preparing for takeoff at LaGuardia Airport.

“During flight 462’s taxi-out at LaGuardia, a party of two opened a cabin door and exited the aircraft via the slide,” a statement from Delta said. “The aircraft returned to the gate where the remaining customers deplaned normally and were accommodated on alternate flights.”

Delta’s flight 462 was an Airbus A321 aircraft that measures 146 feet in length and 13.58 feet from the top of the main cabin to the ground, according to specs listed on an Airbus Aircraft Characteristics document.

The flight in question was preparing for departure from Queens, N.Y., and was bound for Atlanta before the passengers made their unusual exit. 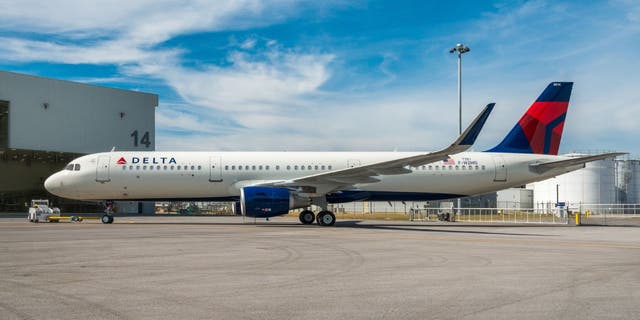 Maintenance technicians were called in to evaluate the aircraft and eventually cleared the plane for resumed service Monday evening, according to Delta.

TSA SCREENED MORE THAN 2M PASSENGERS OVER THE WEEKEND, DESPITE CDC GUIDANCE TO STAY HOME

The passengers, Antonio Murdock, 31, and Brianna Greco, 23, both from Florida, are facing charges for their unauthorized flight exit.

The service dog was taken to the Brooklyn Animal Care Center, and a receipt was given to Greco in order to retrieve the animal.

An alleged witness aboard the flight told The New York Times that Murdock had refused to remain seated during takeoff while stating he had post-traumatic stress disorder.